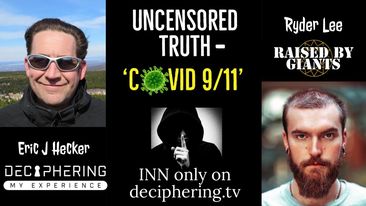 Ryder Lee of Raised by Giants returns to give his “Uncensored Truth” about what he thinks is going on. Folks if you are tired of the games and just want to hear REAL talk about what can be done, then this is the talk for you. The deception is growing by the day. The is a war going on and the battlefield is in the mind!!!